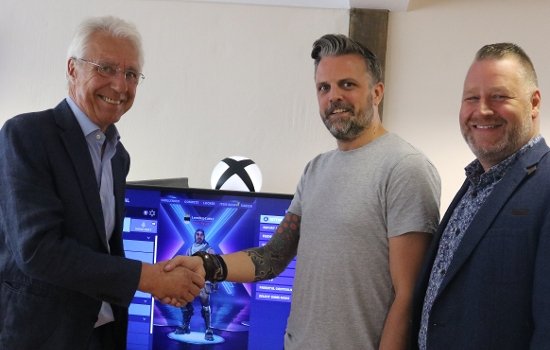 A new video gaming café is coming to Dereham as a result of a Breckland Council initiative which aims to help reboot the high street.

Level Up is set to open at 31 High Street, the former home of the Dereham Times, after Breckland Council agreed an innovative deal which aims to support the new independent business to establish itself while simultaneously creating a new community hub in the town.

Breckland Council owns the property and is taking the opportunity to trial a new approach as part of its Market Towns Initiative, a council programme which funds schemes to support the district's towns to thrive.

The deal will see the owners of Level Up receive a grant from the council over the first six months, to help the fledgling company become firmly established on the high street. This aims to help the cafe during the first few months of operation, which are often the most challenging for a new business. As part of the deal, the building will also become a community hub by hosting a number of workshops aimed at supporting local residents.

Cllr Mark Robinson, Breckland Council's Executive Member for Community, Leisure and Culture, commented: "We saw a unique opportunity to power-up the high street by offering a grant contribution to a new independent business to help them remain viable while they build up their customer base during the early days. This will support a new local business and expand what our high street can offer to residents and visitors.

"It is great news for local gamers, but it is important to us that the deal also benefits the wider community too. That's why the café will also become a community hub, offering something for everybody, regardless of whether they know their Super Mario from their Lara Croft! This is just one of the ways we're trying to give our high streets an extra life."

The Level Up café will offer gamers access to the latest games and consoles while also providing an opportunity for them to compete with other players online. Customers will also be able to pick up light snacks and refreshments while they play.

Level Up will be owned and run in partnership between Alex Chenery and David R Mays who say the games café idea had been well-received by locals, however they had faced difficulties in turning it into a reality before the council stepped in.

"People I've spoken to have all been really excited about the idea and think it would be a good asset for the town," Alex said. "We are thrilled to finally be getting our exciting new video gaming cafe installed and hope it will be a refreshing addition to Dereham high street, for families and gamers of all ages.

"We can't thank the Regeneration team at Breckland Council enough for recognising the difficulties we have faced securing a potential property and supporting our project 100%. We genuinely thought, after 15 months of trying, it was a dream that was never going to become a reality. We're now ready to hit 'play' and we really hope the Dereham community is too."

Having recently agreed a lease of the property Alex and his business partner are currently looking to fit-out the shop with a view to it opening in late September, watch out on social media for further updates.