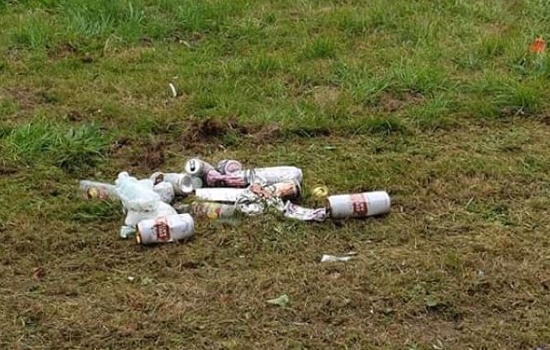 A group of residents who left beer cans, bottles and a used nappy on a communal green space in Dereham have been issued two fixed penalty notices for littering by Breckland Council.

The group, who were socialising in June on a green on Girling Road, left a significant amount of litter, which was later found by the council's grass-cutting contractor.

After an investigation by the Breckland Council Enforcement Team, the group members were identified and admitted to leaving the waste. The group was fined £120, rising to £160 if not paid within 28 days.

Cllr Gordon Bambridge, Breckland Council's Executive Member for Environmental Services and Public Protection, commented: "It is simply not acceptable to leave your litter behind you for other members of the community to find and clean up. I hope this latest investigation and fine highlights that we will take action to protect the environment for the good of the wider communities of Breckland." If you see fly tipping or littering within Breckland please report it to www.breckland.gov.uk/reportit