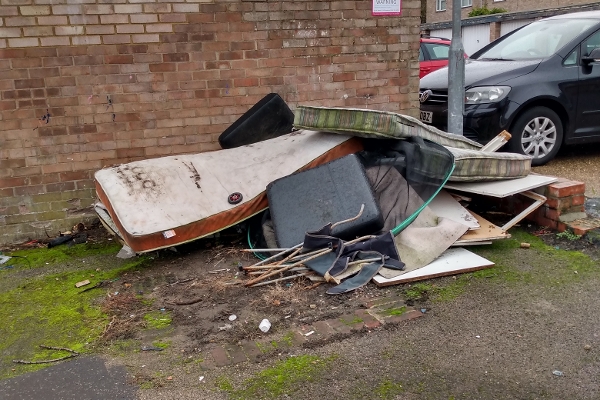 Breckland Council has issued a £445 Fixed Penalty Notice to a local landlord who disposed of his renovation waste in a residential car park.

Breckland Council's Enforcement Team received a report from a member of the public that several mattresses, remains of flat-pack furniture and a camping chair had been fly tipped at a car park on St Martins Way, in Thetford.

While there was no immediate evidence or witnesses, the council's officers conducted door-to-door visits at surrounding properties and followed drag marks which appeared to be coming from a nearby address which was undergoing renovation.

The Enforcement Team contacted the landlord and conducted a telephone interview under caution. This led to the individual admitting the offence and he was issued a Fixed Penalty Notice for £445 for this fly-tip incident.

Cllr Gordon Bambridge, Breckland Council's Executive Member for Environmental Services and Public Protection, commented: "Thanks to the cooperation from local residents we've been able to track down the perpetrator of this flytipping incident and issue a fine. Fly-tipping is unacceptable and people should instead use the local Recycling Centre or arrange a Bulky Waste Collection from the council for a small fee."

If you see fly tipping or littering within Breckland, pleasereport it on our website.