14/10/21: Council to put 'people at its heart' as new Chief Executive is appointed

Breckland Council has appointed its new Chief Executive and pledged that the organisation will move forward with 'people at its heart'. 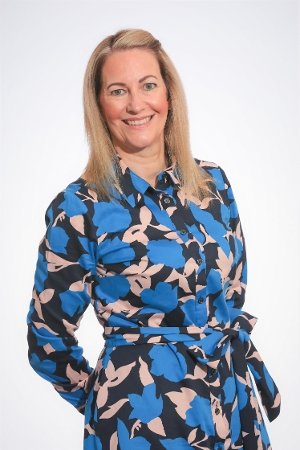 At its meeting of Full Council today (14 October) Breckland Council appointed Maxine O'Mahony as its new Chief Executive, with immediate effect. The decision will see Maxine promoted from her current role as an executive director at the council, a post she has held for 12 years.

Leader of the Council, Cllr Sam Chapman-Allen, said: "Maxine's passion, skills and experience made her the perfect choice for the role. She brings a wealth of valuable experience gained across the public and private sectors, together with a strong track record for placing customers and residents at the heart of everything we do. She will also be the first-ever internal Breckland candidate to make it to the very top job, and I know that she enjoys the strongest support from staff and members, alike."

Maxine first joined the Council in 2007 as an HR Consultant, quickly gaining promotion to the Head of HR before becoming a Director in 2009.  During this time, she has held responsibility for all of the Council's services at one stage, and was more recently a driving force behind the Council's response to Covid.

Maxine commented: "I am absolutely thrilled to have been appointed as the Council's Chief Executive - what an amazing opportunity! I'm a 'people person', first and foremost, and care passionately about supporting our amazing team and the residents that we serve, so it really is an honour to be entrusted with such an important role.

"Breckland is in my DNA and I want to use my role to shout about everything our district has to offer as a thriving place to live, work, run a business and raise a family. The Council has exciting and ambitious plans for the future, and I look forward to working with Councillors, staff and our great community and businesses to help deliver on those ambitions.

"For now, I would just like to say a massive 'thank you' to our councillors for their trust in giving me this opportunity to make a difference, and to our awesome team for their fantastic work and continued support."

Members voted in favour of the recommendation, which was put forward after being unanimously agreed by members of the Council's Appointment's Panel, with the process being supported by independent recruitment experts.

Cllr Sam Chapman-Allen, Leader of the Council, added: "Maxine has a strong history at Breckland and has particularly earned her stripes during the pandemic, having played a key role in leading the organisation through a very challenging time. Under her stewardship, I'm confident that the Council will go from strength to strength and the stable, authentic leadership that she will provide will support Breckland in this new chapter of its history."