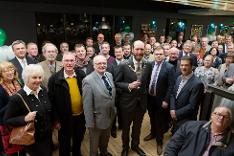 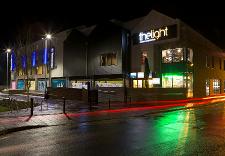 The leisure complex, on Bridge Street, comprises a cinema, hotel and five restaurant units. Its official opening was marked by a gathering of local dignitaries, while around 80 local schoolchildren and their families and friends attended a private film screening in the complex's new cinema ahead of its public opening today (2 December). 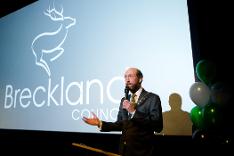 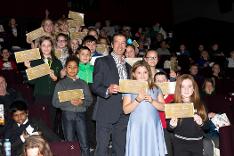 Cllr Bill Borrett, Breckland's Chairman, commented: "I'm delighted that Thetford Riverside is now officially open to the public. This exciting new development is a key part of the council's vision for the town and offers brand new leisure opportunities to Thetford's residents, as well as creating more than 100 jobs. It will also attract visitors from further afield and provide a catalyst for further growth in the town and across the district."

David Winch, Director of the Land Group, remarked: "We are very content with how the Thetford Riverside complex has gone and it is an important day for Thetford going forward, now that it has considerably enhanced leisure facilities in the form of the fantastic new cinema as well as a hotel which is trading exceptionally well, alongside other restaurant and café units.

"We would like to thank our joint venture partner Breckland Council for their commitment and vision to embark on and complete Thetford Riverside. We are working with them on other projects across the district and also identifying other opportunities."

The 64-bed hotel is run by national chain Travelodge and opened its doors to the public in October. It offers attractive, modern bedrooms at great value, making them perfect for leisure and business travel.

The three-screen digital cinema is run by The Light and officially opens to the public today (2 December). It features extra wide and comfy seating in each of its fully-licensed screens, which all boast incredible 2D and 3D visuals with state of the art digital picture and sound. The cinema also has a café and bar so cinema-goers can enjoy a coffee, light snack, glass of wine or a beer before or after the blockbuster movie, art-house film, or screening of a ballet, opera or theatre performance.

The largest of the five restaurant units will open as a Grand Central Bar and Grill in the New Year and will offer tasty American-style dining.

Negotiations are underway with prospective tenants interested in occupying the remaining units, which all feature outside terraces for al fresco dining overlooking a newly landscaped, riverfront. Further tenant announcements are expected to be made in due course.